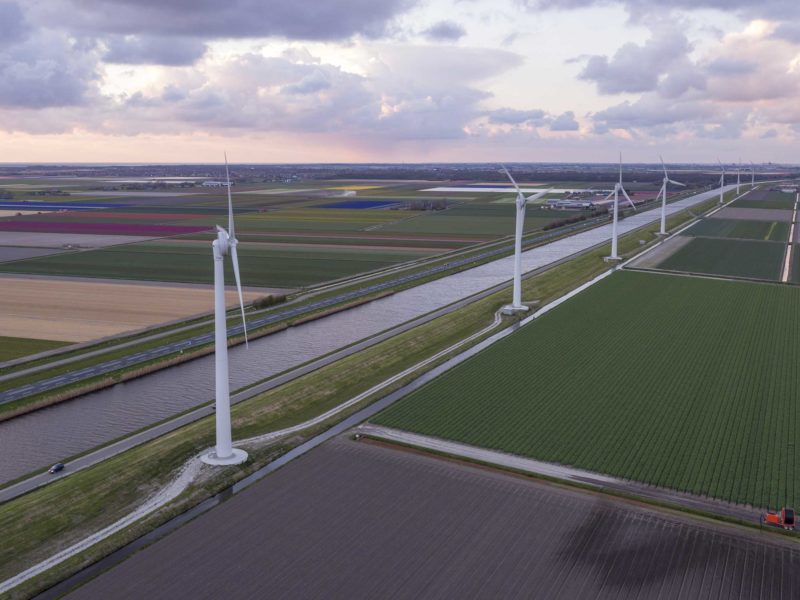 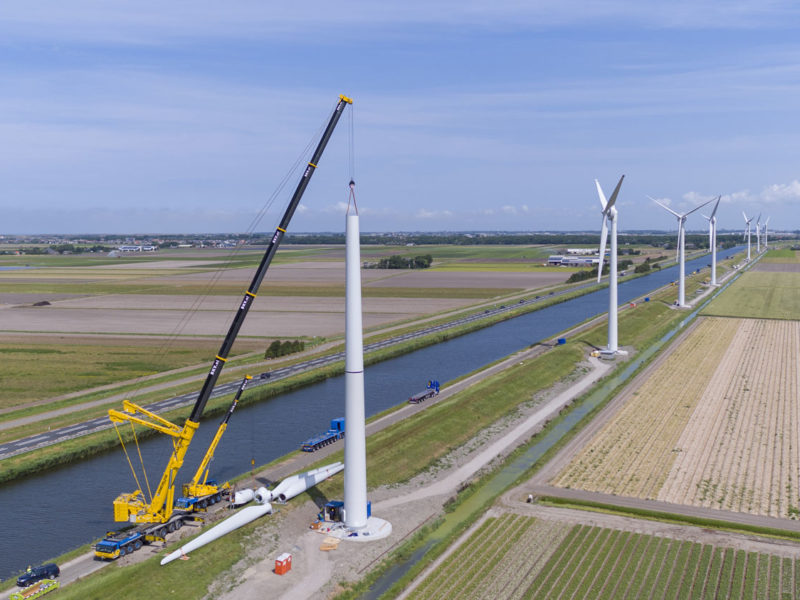 The dyke along the Noordhollandsch Kanaal near Anna Paulowna is one of the most windy locations in the Netherlands. The first experimental wind turbines appeared here in 1988. The wind farm has been renewed several times in recent decades.

In 2018, 7 NEG Micon NM52 wind turbines were replaced by 7 new wind turbines from the Dutch manufacturer EWT, from the type DW52, 900 kW. Topwind has supervised this entire “repowering” project and is also responsible for 24/7 monitoring and follow-up of the wind farm.

"It was a special project with some technical challenges because of the integration of the new wind farm into the existing infrastructure and working on a flood defence."